In a recent article published in the journal Materials, Chinese researchers have prepared a thermal interface material with magnetically aligned carbon fibers for heat management in electronics packaging.

Thermal interface material (TIM) is a thermal management material used in electronics packaging to bridge the gap between the contact interface of heat sources and heat sinks. One of the essential properties required in TIMs for efficient heat transfer is high intrinsic thermal conductivity. In addition, low hardness is also important for achieving high performance in TIMs, as it can help TIMs adapt to contact surface topography and improve interfacial heat transfer.

However, it is difficult to simultaneously achieve low hardness and intrinsic thermal conductivity in TIMs because increasing filler content improves thermal conductivity but decreases hardness. Therefore, a high-performance microstructure with low load bearing is required to achieve better heat management in TIMs.

In the current study, researchers used a high magnetic field to align ground carbon fibers (CF) in a silicone rubber matrix. In addition, experimental study and theoretical analysis were conducted to investigate the relationship between the magnetic field density, the degree of CF alignment, and the properties of the resulting composites (CF-rubber composite).

For this study, TIMs were fabricated using the magnetic alignment process. To begin, an uncured sample of CF and silicone rubber was produced by adding CF to silicone rubber and mixing them in a planetary centrifugal mixer. Next, the unhardened mixture was placed in the bore of a cryogen-free superconducting magnet. Until the mixture is fully cured, the direction of the magnetic field is maintained parallel to the thickness of the uncured sample.

The researchers used ultrasonic cutting (in-plane direction) to achieve the required thickness of the TIMs. In addition to this, they made samples by cutting along the through-plane direction for thermal conductivity measurements. For comparison purposes, reference samples were developed without using magnetic alignment. 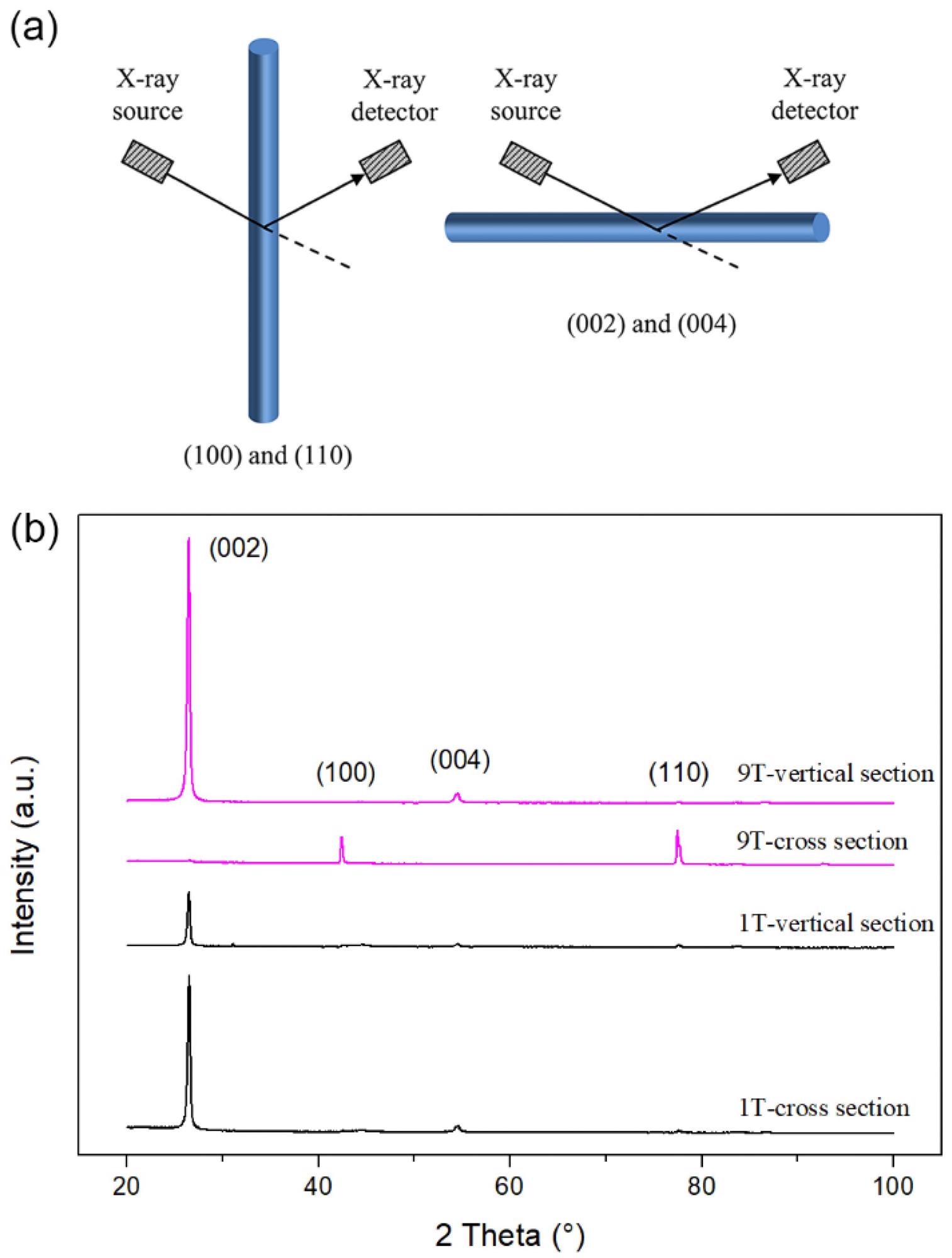 After preparation, it was observed that in the uncured mixture, the CFs were randomly distributed in the silicone rubber. Additionally, the CFs gradually rotated in the direction of the magnetic field during the orientation process. Accordingly, the orientation structure was fixed when the hardening process was completed.

The researchers used a magnetic field (1 T, 3 T, 5 T, 7 T and 9 T) with different magnetic flux densities to develop the CF-rubber composites. It was observed that when no magnetic field was applied, the CFs aligned along the in-plane direction. Indeed, under the influence of gravity, high aspect ratio fillers tend to align with the substrate.

The developed CF-rubber composites were soft, easy to bend and deformed, indicating a low hardness value. The shore hardness results showed that the composites have a hardness ranging from 60 to 70 (shore 00).

Moreover, due to the magnetic alignment and anisotropic mechanical property of CFs, the magnetic flux density has a minor effect on the hardness of CF-rubber composites.

Analysis of the thermal management performance (TMP) of the CFs and the composite revealed that a composite with a higher magnetic flux density improved the TMP due to the degree of alignment of the CFs. Additionally, due to the magnetic field treatment, CF rubber TIMs conduct heat faster, allowing heat-generating devices such as electronic components to operate at lower temperatures, thus extending their life and durability. reliability.

SEM images of the surface of CF-rubber composites. (a) Before slicing (b) After slicing. Image Credit: Wu, Q et al., Materials

In the present study, the researchers demonstrated a simple and effective solution for improving the thermal conductivity and hardness of thermal interface materials.

Disclaimer: The views expressed here are those of the author expressed privately and do not necessarily represent the views of AZoM.com Limited T/A AZoNetwork, the owner and operator of this website. This disclaimer forms part of the terms of use of this website.

14 hours ago Holly B. Bryant

14 hours ago Holly B. Bryant

22 hours ago Holly B. Bryant

A series of music videos features artists from around the world