“We are now united in sentiment.” An official promotional trailer has debuted for a new music documentary titled in full Mixtape Trilogy: Stories of the Power of Music. Despite “Trilogy” in the title, it’s only a full 93-minute feature, but with different segments on three different artists. Mixtape Trilogy: Stories of the Power of Music is described as an entertaining and impactful documentary that explores the unifying power of music and examines the relationship between musical artists and their fans. Featured artists include indigo girls, Vijay Iyerand Talib Kweli. Amy Ray of Indigo Girls said, “It’s an absolute honor to be part of this poignant film that truly shows the power of music through the eyes of the artist and the receiver of this art. It highlights the alchemy that occurs when music enters the public space and is a catalyst for healing, spiritual connection, activism and creative growth.” The film will premiere this summer at the Festival of the Richmond film ahead of a round of screenings, hence the new trailer now to buzz. 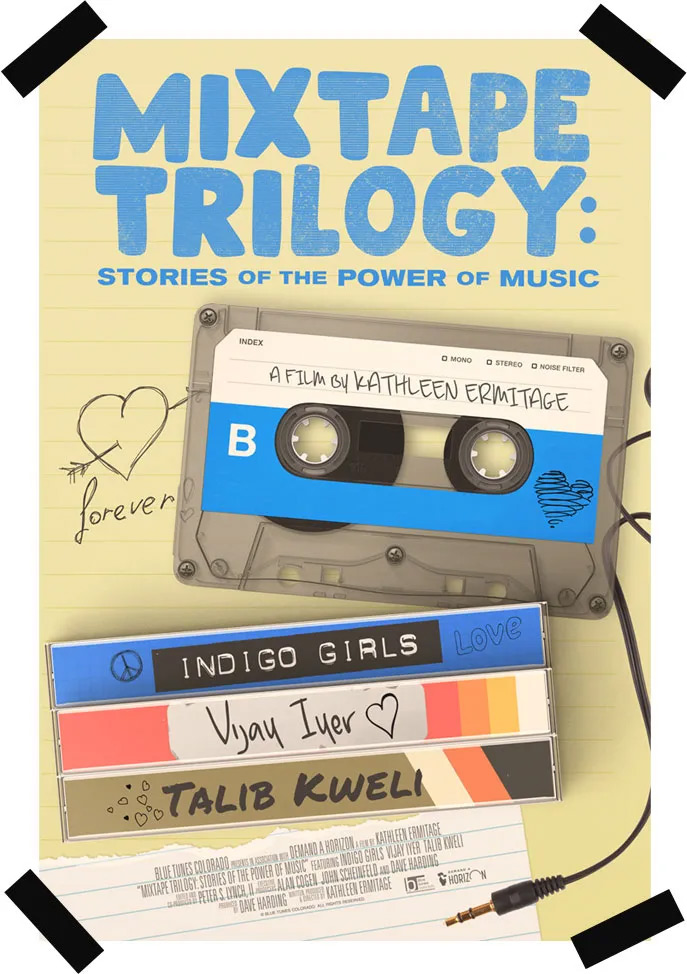 Mixtape Trilogy explores one of the most intense and unique relationships between people who rarely meet: musical artists and their fans. Folk rock icons Indigo Girls openly share their journey, which has powerfully influenced the life of their biggest fan. Composer and pianist Vijay Iyer examines issues of immigration and race through his music; his work touches the heart of Garnette, a “man on the street” from Kingston, Jamaica. Rapper and activist Talib Kweli inspires and transforms the life of Mike, a “Hip Hop” architect from Detroit. The director unpacks the music and the public is invited to fall into it. The art of listening unfolds and inspires us to listen to music, and, perhaps, to each other, in new ways. Mixtape Trilogy: Stories of the Power of Music is directed by an acclaimed documentary producer/filmmaker Kathleen Hermitage, making her directorial debut with this project. The film will premiere at the 2022 Richmond Film Festival this summer, with more festivals following. For more info + to find out about the screenings, go to the film page official site.

16 hours ago Holly B. Bryant