Progressive death metal band Revocation have released their eighth album, Netherheaven, via Metal Blade Records. For a preview of the album, a video for the new single, “Nihilistic Violence” (directed by David Brodsky //mgenyc.com), can be viewed below.

Revocation songwriter and frontman Dave Davidson comments, “‘Nihilistic Violence’ is probably the nastiest song we’ve ever recorded. It has a dark, menacing quality that the production team at MyGoodEye perfectly captured. captured for our latest music video. Bring your helmets to the pit for this one because the shit is gonna get rowdy.”

Four years in the making, the Billboard trio that is Revocation – Dave Davidson (vocals/guitars), Ash Pearson (drums) and Brett Bamberger (bass) – meticulously explore the allegorical and literal aspects of Hell as they dig deeper deep into the darker and more evil side of death metal. In short, where the previous album, The Outer Ones (2018), dropped Revocation into the horrible jaws of the cosmos, Netherheaven skillfully pierces the nine rings of Hell to directly confront Lucifer and his countless faces. “We’re definitely more in a death metal mood than on previous albums in our catalog,” Davidson says. “We’re focused on how we can write the best death metal-centric album possible while pushing our limits. The new songs on ‘Netherheaven’ are devilish and sinister, but also have a progressive element to keep things interesting. . It has our brand on it, no doubt.”

Netherheaven was written during downtime after The Outer Ones album cycle ended. All nine tracks on the album were written solely by Davidson, who spent his time kneeling before the altars of Luc Lemay (Gorguts), Chuck Schuldiner (Death), Marty Friedman (Megadeth) and famed jazz guitarists West Montgomery and Kurt Rosenwinkel. Between writing killer riffs and absolutely unleashed solos, the seven-string also practiced (technique), studied (theory) and taught guitar. Revocation really shifted gears when Davidson took over audio engineering (with Apple’s Logic Pro) to effectively use pandemic-era lockdowns. It made perfect sense for him to lead the engineer and producer chair of his new HeatWave studios for Netherheaven. Revocation then recruited Swedish studio ace Jens Bogren (Opeth, Kreator) to mix and master at Fascination Street Studios.

“We put a lot of blood, sweat and tears into the album,” Davidson says. “We want people to be inspired. It’s brutal. We brought our A-game to Netherheaven.” 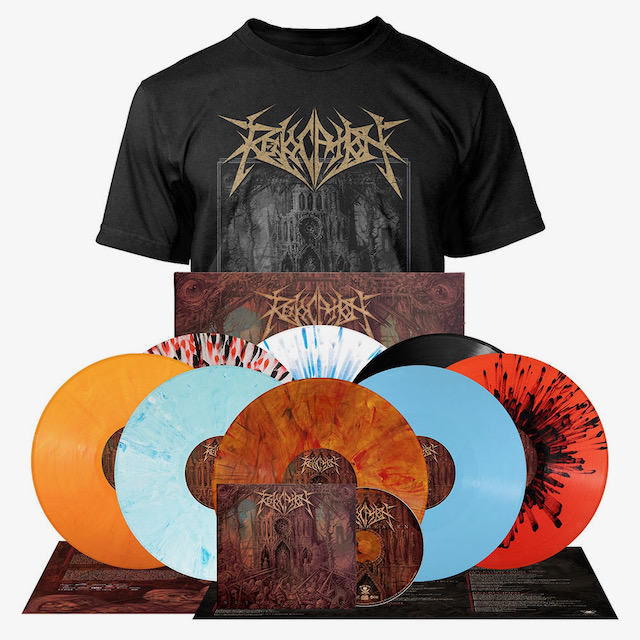 Netherheaven is available in the following formats: 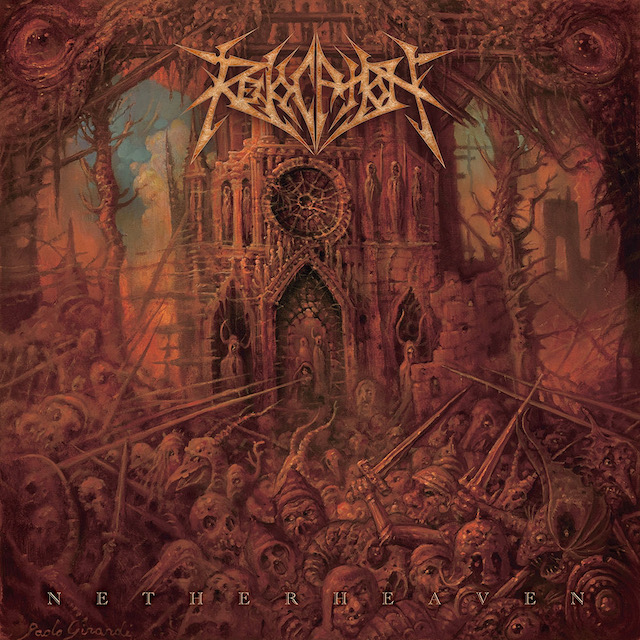 Tonight, Revocation launches a North American tour with Krisiun, Alluvial and Inoculation as support. “We can’t wait to play a bunch of new songs on our first headlining tour since the pandemic,” Davidson enthused. “We will be joined alongside Brazilian berserkers Krisiun, progressive death metal wizards Alluvial and newcomers Inoculation who combine an OSDM aesthetic with a more modern technical approach. Satan!” 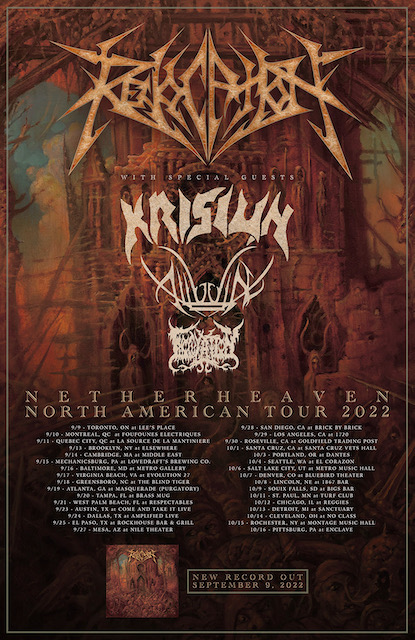 The band recently announced a European tour for early 2023. Support comes from label mates Goatwhore as well as Alluvial and Creeping Death.

Davidson’s comments: “It’s been too long since we’ve played in Europe and we can’t wait to get back with this truly epic lineup! We’ll be playing a bunch of new Netherheaven material with a few rippers from our catalog, looking forward to it. to warm up with you thugs this winter!” 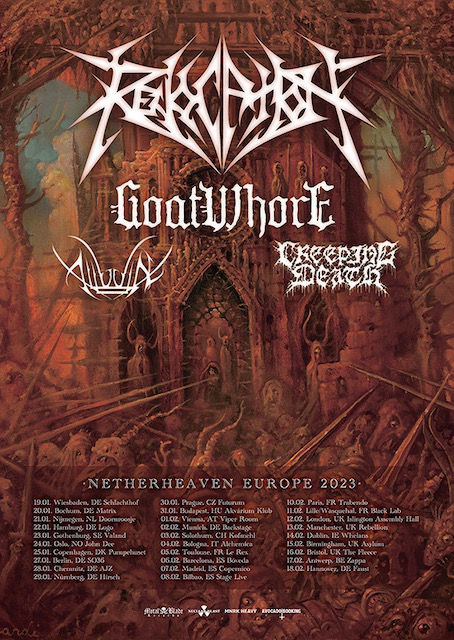